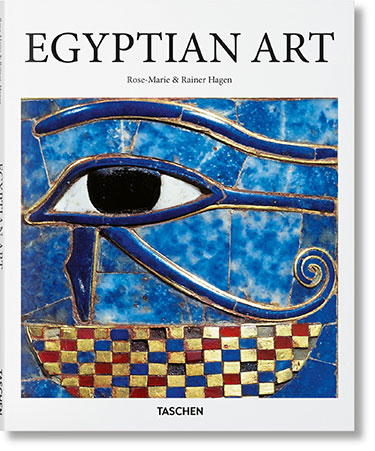 The art of ancient Egypt that has been handed down to us bears no names of its creators, and yet we value the creations of these unknown masters no less than the works of later centuries, such as statues by Michelangelo or the paintings by Leonardo da Vinci. This book introduces some of the most important masterpieces, ranging from the Old Kingdom during the Third millennium BC to the Roman Period. The works encompass sculptures, reliefs, sarcophagi, murals, masks, and decorative items, most of them now in the Egyptian Museum in Cairo, but some occupying places of honor as part of the World Cultural Heritage in museums such as the Louvre in Paris, the British Museum in London, the Egyptian Museum in Berlin, and the Metropolitan Museum in New York. Featured works include:Seated statue of King Djoser Wood relief of Hesire on a dining table Statue of a scribe made of various materials Funerary relief of Aschait Sphinx of Sesostris III Robed statue of Cherihotep Reliefs from the Temple at Carnac Sarcophagus of Queen Hatshepsut Murals from Thebes Seated figure of the goddess Sachmet Statue of Queen Teje Head of Akhenaten (Amenophis IV) Queen Nefertiti Golden mask of Tutankhamun Ramses II from Abu Simbel Horus falcon made of granite Stone relief from the temple ambulatory at EdfuThe author Rose-Marie Hagen was born in Switzerland and studied history, Romance languages, and literature in Lausanne. After further studies in Paris and Florence, she lectured at the American University in Washington, D.C. Rainer Hagen was born in Hamburg and graduated in literature and theater studies in Munich. He later worked for radio and TV, most recently as chief editor of a German public broadcasting service. Together they have collaborated on several TASCHEN titles, including Masterpieces in Detail, Pieter Bruegel, and Francisco de Goya.
PREUZETI
ČITAJTE ONLINE