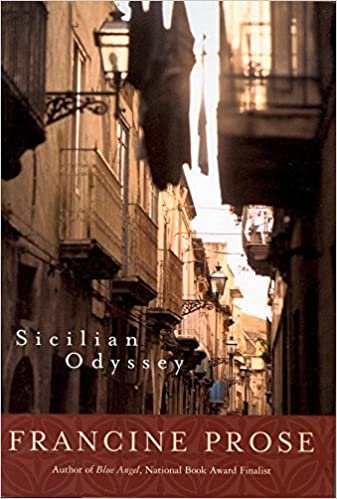 A blending of art and cultural criticism, travel writing, and personal narrative, Sicilian Odyssey is Francine Prose’s imaginative consideration of the diverse cultural legacies found juxtaposed and entangled on the Mediterranean island of Sicily. She writes of the intensity of Sicily, the “commitment to the extreme,” where the history is more colorful, the sun hotter, the cooking earthier, the violence more horrific, the carnival more raucous, the politics more Byzantine than other places on Earth, and how much the island can teach us about the triumph of beauty over violence and life over death. Prose examines architectural sites and objects and looks at the ways in which myth and actuality converge. Exploring the intact and beautiful Greek amphitheaters at Siracusa and Taormina, the cathedral at Monreale, the Roman mosaics at Piazza Armerina, and some of the masterpieces of the Baroque scattered throughout the island, Prose focuses her keen insight to imagine them in their own time, to examine the evolution and decline of the cultures that produced them, and to deconstruct powerful responses each evokes in her. Illuminated by the author’s own photographs, Sicilian Odyssey brings exotic and enigmatic Sicily to life through the prism of its past.
PREUZETI
ČITAJTE ONLINE