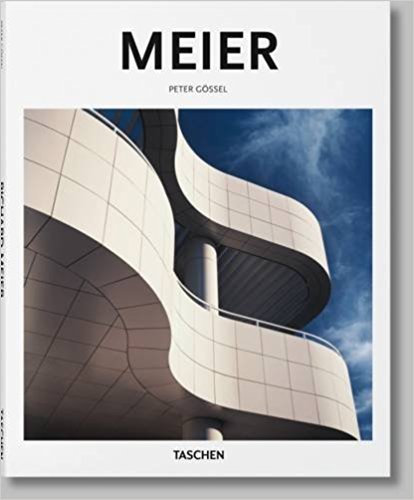 Let there be light: The luminous modernism of Richard Meier Ever since his self-proclamation as part of the “New York Five,” Richard Meier has risen through one top commission after another to the dizzy heights of architectural stardom. From Madison Square Garden to Shenzen, China, his sleek, luminously white modernism has created some of the most high-profile, and distinctive, buildings of the 20th and 21st centuries. Meier’s portfolio is as varied as it is illustrious. He has worked with Roman treasures (the Ara Pacis Museum), seaside resorts (Jesolo Lido Village), civic centers (San Jose City Hall), and private clients in the Hamptons. On each project, Meier’s hallmarks are careful grid plans, and expansive use of white surfacing and glass. The buildings are as much beacons of brilliance from the exterior as they are temples to clarity and purpose inside. This introductory book traces Meier’s complete career to explore the making of a cult architect. With abundant images, we take in all his most famous projects, such as the Getty Center in Los Angeles, as well as his most recent works such as the OCT Shenzhen Clubhouse in Shenzhen, China and the Burda Collection Museum in Baden-Baden, Germany. About the series: Each book in TASCHEN’s Basic Architecture series features:an introduction to the life and work of the architect the major works in chronological order information about the clients, architectural preconditions as well as construction problems and resolutions a list of all the selected works and a map indicating the locations of the best and most famous buildings approximately 120 illustrations (photographs, sketches, drafts and plans)
PREUZETI
ČITAJTE ONLINE