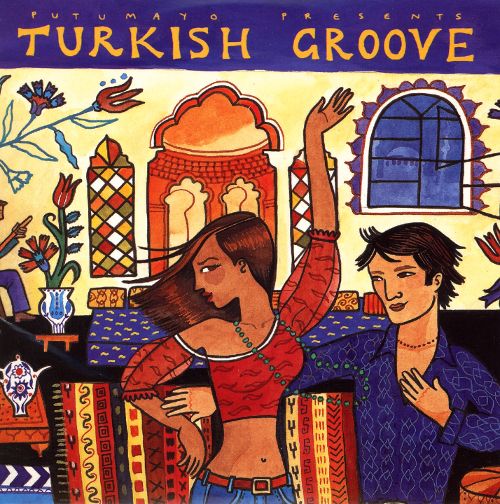 An excellent compilation of contemporary Turkish pop, this album shows off the fusion of old and new that typifies Turkey itself, as well as its music scene. Much of the fare here is simple catchy pop, but with elements of more classical forms and influences from around both Europe and Central Asia. The mix of electronic instrumentation and the basic qanun and saz create an interesting sound not entirely unlike some of the Arab DJ output of recent years. The focus is generally on the vocals of course, given the pop nature of the majority of the pieces here. With that said, the vocals are almost always as they should be: dramatic, full, occasionally even a little throaty. Always emotive though, as they are wont to be in much Europop as well as Middle Eastern songs. The performers on the album range from the massive stars (such as Tarkan and Mustafa Sandal, the “Justin Timberlake of Turkey”) to the classic (Sezen Aksu) to the almost unknown (Gulseren, for example is a small star in France, but just now making ground in Turkey). As with most of the other Groove albums on Putumayo, the album is excellent as an example of fusion both culturally and temporally. A nice addition to most collections. – Adam Greenberg, All Music
PREUZETI
ČITAJTE ONLINE