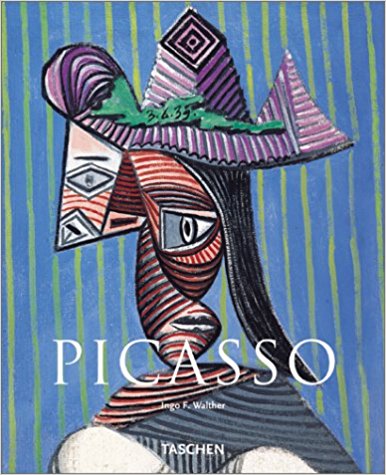 An inventive enterprise: from the Blue and Rose Periods to Picasso’s later involvement with politics in artOne name in the history of the 20th century art stands out over all others: Pablo Picasso (1881-1973). As painter, graphic artist and sculptor, he displayed an inventive enterprise and innovative bravado that always kept him one step ahead of his contemporaries. As one of them, the painter Max Ernst, ruefully put it: No one can touch Picasso. He is genius incarnate. The works selected here cover Picasso’s entire output, from the less familiar to key masterpieces such as Guernica, from the Blue and Rose Periods early in his career through his cubist and classicist phases and the formal experiments of the 30s to his later involvement with politics in art. About the Series: Every book in TASCHEN’s Basic Art Series features:– a detailed chronological summary of the artist’s life and work, covering the cultural and historical importance of the artist – approximately 100 color illustrations with explanatory captions – a concise biography About the author: Ingo F. Walther (1940-2007) was born in Berlin and studied medieval studies, literature, and art history in Frankfurt am Main and Munich. He has published numerous books on the art of the Middle Ages and of the 19th and 20th centuries. Walther’s many titles for TASCHEN include Picasso, Art of the 20th Century, and Codices Illustres.
PREUZETI
ČITAJTE ONLINE