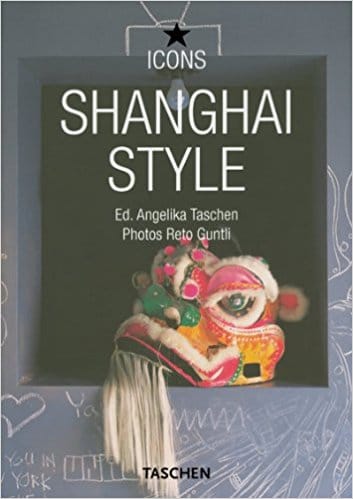 Shanghai express Once a fishing town nestled on the banks of the Yangtze River Delta on the east cost of China, Shanghai is now the country’s largest city and one of the world’s busiest ports. The city has been the cultural and economic center of eastern Asia for over a century and has become synonymous with all that is modern in China. This book adventures through Shanghai, giving readers a cross-section of the city’s loveliest and most exceptional interiors, such as a penthouse loft in a converted hardware factory with a rooftop greenhouse, controversial writer/superstar Mian Mian’s conceptual “art apartment,” the painstakingly restored “dream house” of a French archaeologist in the French Concession, and the sprawling, flamboyant apartment of art world diva Pearl Lam. About the Series: More bang for your buck! … a fast-food, high-energy fix on the topic at hand. The New York Times Book Review Angelika Taschen studied art history and German literature in Heidelberg, gaining her doctorate in 1986. Working for TASCHEN since 1987, she has published numerous titles on architecture, photography, design, contemporary art, interiors, and travel. Swiss photographer Reto Guntli, based in Zurich, regularly travels the world shooting for international magazines. He has published numerous books and contributed to TASCHEN publications such as Inside Asia, Living in Japan, Living in Bali, Great Escapes Asia and Great Escapes Europe. Daisann McLane writes articles and columns for National Geographic Traveler Magazine, The New York Times, The New York Times Magazine and The International Herald Tribune. She is the author of TASCHEN’s Cheap Hotels and lives in New York City and Hong Kong.
PREUZETI
ČITAJTE ONLINE