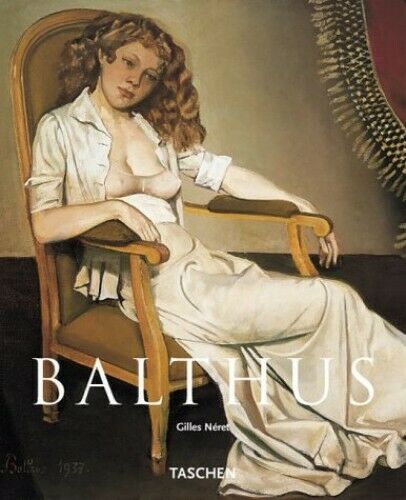 Realist of the unreal French-German painter Count Balthasar Klossowski de Rola (1908-2001), known as Balthus, shocked the Parisian art world in 1934 with his dreamy, sensual, Neo-Classical portraits of nymphets at a time when Surrealism and abstraction were de rigueur. As a provocateur, Balthus was often scorned; as an artist, he was widely embraced as a prodigy. In response to critics of his realist style, Balthus said: “The real isn’t what you think you see. One can be a realist of the unreal and a figurative painter of the invisible.” His erotic, poetic paintings live on as examples of the best figurative work of the modern era. About the Series: Every book in TASCHEN’s Basic Art Series features: a detailed chronological summary of the artist’s life and work, covering the cultural and historical importance of the artist approximately 100 color illustrations with explanatory captions a concise biography About the author: Gilles Néret (1933–2005) was an art historian, journalist, writer and museum correspondent. He organized several art retrospectives in Japan and founded the SEIBU museum and the Wildenstein Gallery in Tokyo. He directed art reviews such as L’Oeil and Connaissance des Arts and received the Elie Faure Prize in 1981 for his publications. His TASCHEN titles include Salvador Dalí – The Paintings, Matisse, and Erotica Universalis.
PREUZETI
ČITAJTE ONLINE